Elysian Residences is a UK company and is an investor, developer, and operator exclusively in the later living sector.

Elysian Residences has formed a partnership with US brand leader One Eighty, a company with four decades of experience providing luxury hospitality and care.

One Eighty manages dozens of later living residences in the United States and has recently expanded its operations to Canada, Mexico and India. Its international success is based upon a reputation for truly exceptional customer service. Our staff are trained at the ‘One Eighty University’ in Seattle and One Eighty executives support our operations.

Michael Demaree, resident at One Eighty’s Oceanside residence in California, studied at RADA in London in his youth, says the lifestyle will appeal to many in the UK.

“It’s a place where you live your own life,” Michael says. “They’ll help you if you need it and they’ll leave you alone if you don’t. Couldn’t be better than that. And I think that will be appreciated by people in Britain.”

Elysian Residences are also in strategic partnership with expert later living US architect Perkins Eastman, who are the world-renowned experts in later living, with a track record of over 600 projects, including some of the most luxurious projects ever developed globally.

With the help of our strategic partners One Eighty and Perkins Eastman, we have tailored the American experience of living to a distinctly British taste palette. 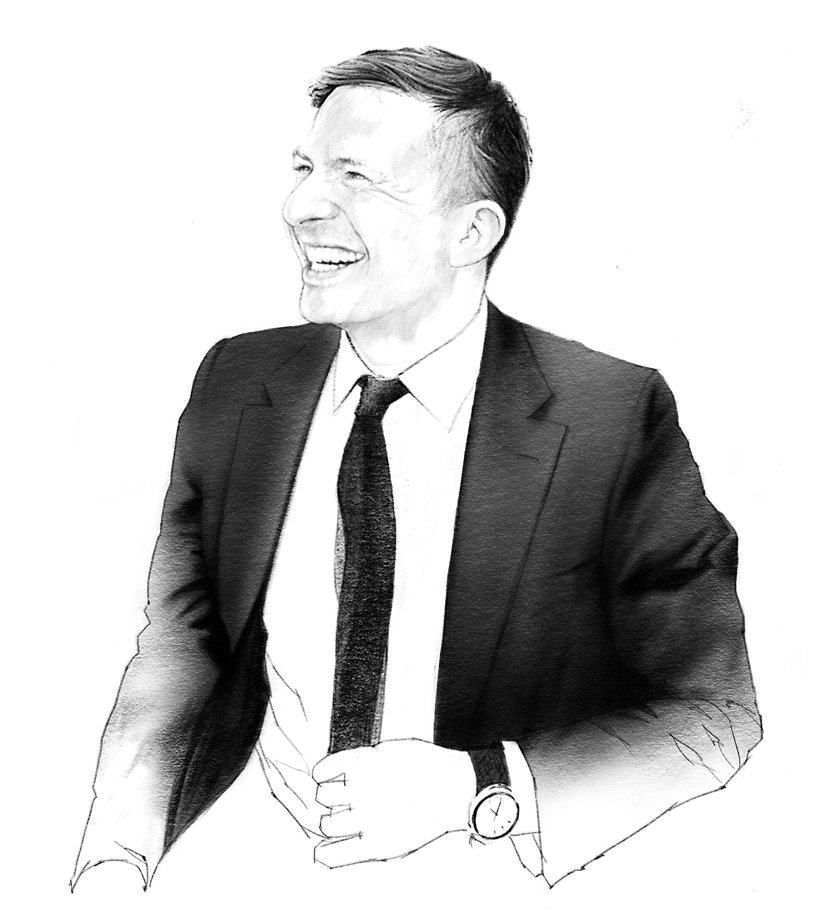 Gavin has 15 years of experience in real estate investment and development, working for institutional investment and development firms. Gavin was an Associate Partner at real estate private equity fund Brockton Capital LLP in London (£1.3bn AUM), specialising over a seven-year period on development management for high-end residential developments, and multiple operating businesses owned by Brockton funds. Prior to Brockton, Gavin was a Senior Vice President at Mesirow Financial Real Estate in Chicago ($70bn assets under management), responsible over a four-year period for residential and mixed-use developments.

Neil’s current responsibilities at Elysian include new business development and oversight of debt placement and capital transaction activities, as well as operational, risk and liquidity management for both the business and its investment products. Working closely with the CEO and the Advisory Board, Neil will play an important role in the evolution of the business, both from the perspective of investor and strategic relationships as well as preparing the business for growth.

Neil has over 23 years of real estate investment industry experience working in the UK, Singapore, Hong Kong, the US and Australia. Neil was formerly the Global COO of BlackRock Real Estate (AUM £19bn) based in London. Prior to BlackRock, Neil was a founding shareholder and Group COO of MGPA (AUM £7.5bn), a real estate funds management joint venture with Macquarie Bank Limited. Prior roles also included Senior Vice President, Lend Lease Real Estate Investments Inc and Senior Group Manager, Ernst & Young. Neil has been a member of various investment committees that have approved over £10bn of real estate transactions. Neil has a Bachelor of Economics (Macquarie University, Australia) and a post-graduate Investment Diploma (Financial Services Institute of Australasia) and is a member of the Institute of Chartered Accountants Australia and New Zealand. 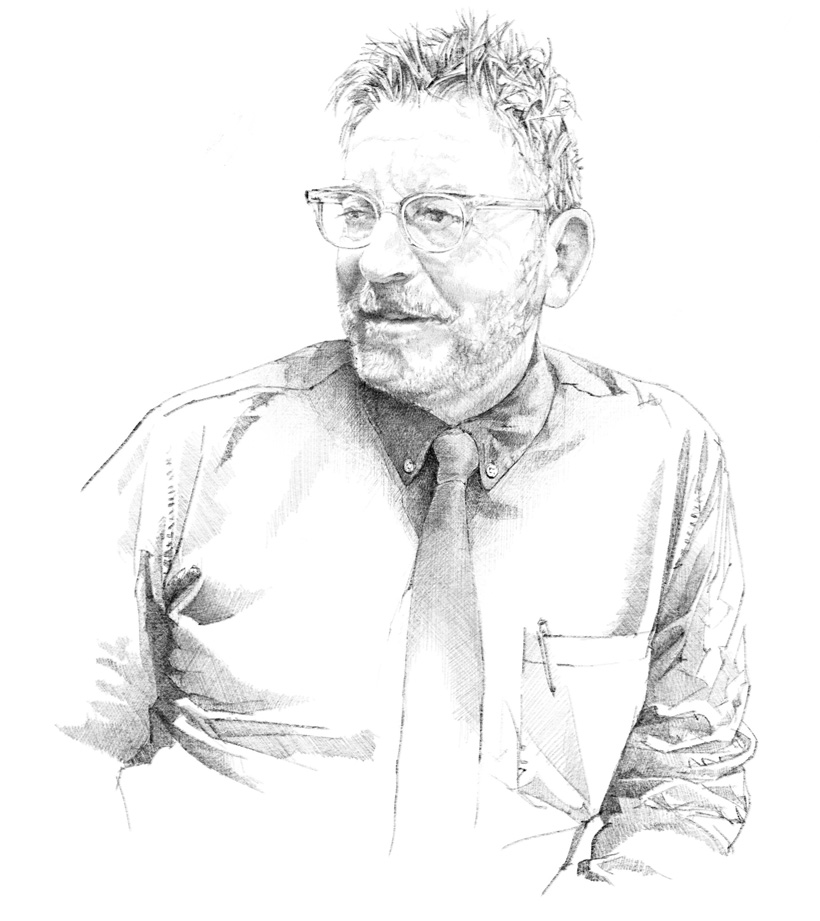 Ian has over 36 years of experience in the construction industry. He has responsibility for all delivery aspects of Elysian Residences projects. Ian was previously Construction Director for Heron/Ronson Capital Partners, with responsibility for the delivery of projects with a GDV of c £750m. He has worked on many high-profile projects including Broadgate, Tate Modern and Canary Wharf and he was a founder director of Exterior International, a Construction Management and Project Management company. Executive on the Morgan Stanley HQ building for Canary Wharf. 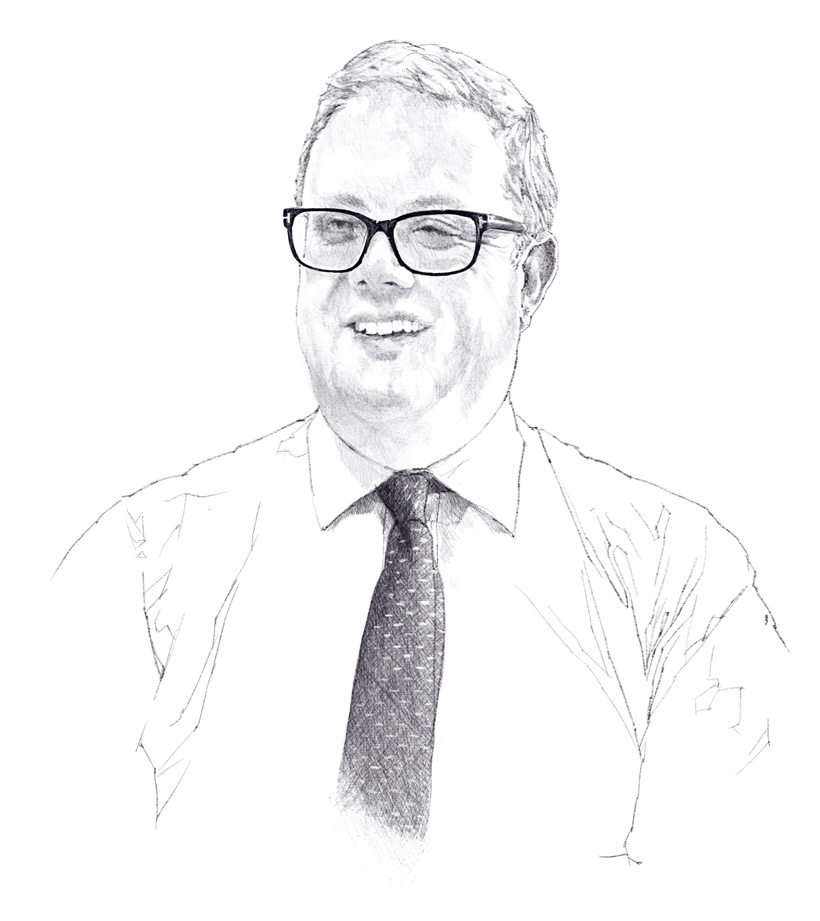 Mark joined from Grosvenor, where he had a 12 year career as a Development Director. Mark has worked on major mixed use developments including a 12-acre site in Bermondsey, achieving planning permission for a new £500m Peninsula Hotel and Residences at Hyde Park Corner and Liverpool One, a 42-acre, £1bn mixed use scheme. The focus has been on shaping great places through the design development and planning process. Prior to joining Grosvenor Mark qualified as a solicitor with Ashurst. 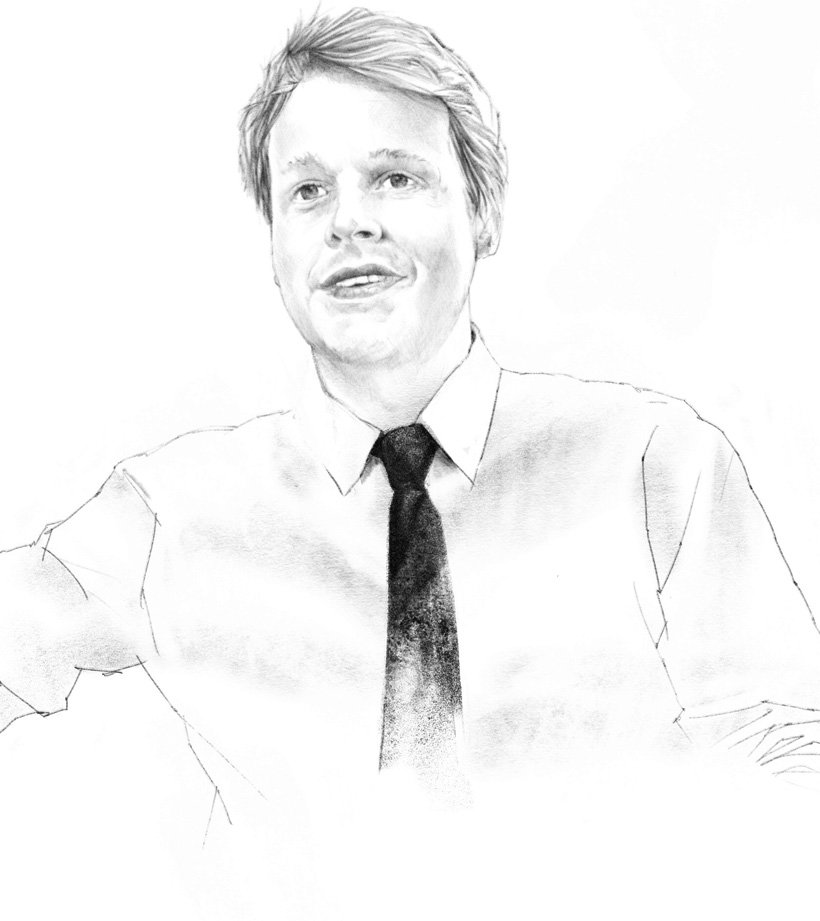 Giles spent five years at JLL in the Central London Capital Markets team. He was responsible for the acquisition and disposal of c. £500m of commercial property during that period. His responsibility at Elysian Residences covers the financial analysis of existing and potential projects, and supporting the acquisition, development and marketing of new and existing schemes. Giles is a Chartered Surveyor and a member of the RICS having qualified in 2013.

Scott has more than 30 years of experience in senior living operations. He has served in a variety of roles, from on-sight management to operational oversight of portfolios exceeding $70 million in revenues, in multiple markets throughout the western U.S.
As a member of the Leisure Care/One Eighty team for more than 23 years, he has played a significant role in development of the company’s growth, culture and values.
His responsibilities with Elysian will focus on spearheading the company’s operational standards and training.
Scott holds a B.A. in psychology and an M.S. in Gerontology from Baylor University.

Katherine has over 25 years of experience in consumer marketing and sales, customer service and commercial strategy, with senior roles in the food, media and retail businesses including BBC, Heinz, Cadbury and TK Maxx.  She has extensive experience in retirement living across UK, South East Asia, Portugal and Denmark and was Group Marketing Director for Audley Group for 8 years. At Elysian Katherine is responsible for the marketing and sales of all existing and new sites, the brand and commercial strategies and the overall customer experience.

Joel has spent the last 18 years working in the real estate industry in several different fields including commercial property management and leasing, corporate relocation and student housing. The vast majority of his career has been spent within the residential and new home sales sector. His experience has predominantly focused on the high-end luxury property market both in Chicago as well as the London market. Prior to moving to London Joel worked as a Realtor and Sales Manager at Jameson Sotheby’s International Property.

During the past 7 years Joel has worked specifically in the retirement industry where most recently he was the Sales Manager for a portfolio of luxury retirement developments within the Northwest London area with sales values in excess £180 million.

At Elysian, Joel is managing sales at our 2 sites, The Landsby and The Oren.

Tracy’s previous experience has largely been in education, where she worked for over 20 years, providing support to children, their parents and their extended families. During this time Tracy held a number of roles including management of the school business, with responsibilities over Finance, Safeguarding and Human Resources. Prior to this, Tracy worked as a Computer Programmer / Business Analyst for an IT company. At Elysian, Tracy is part of the sales and marketing team. 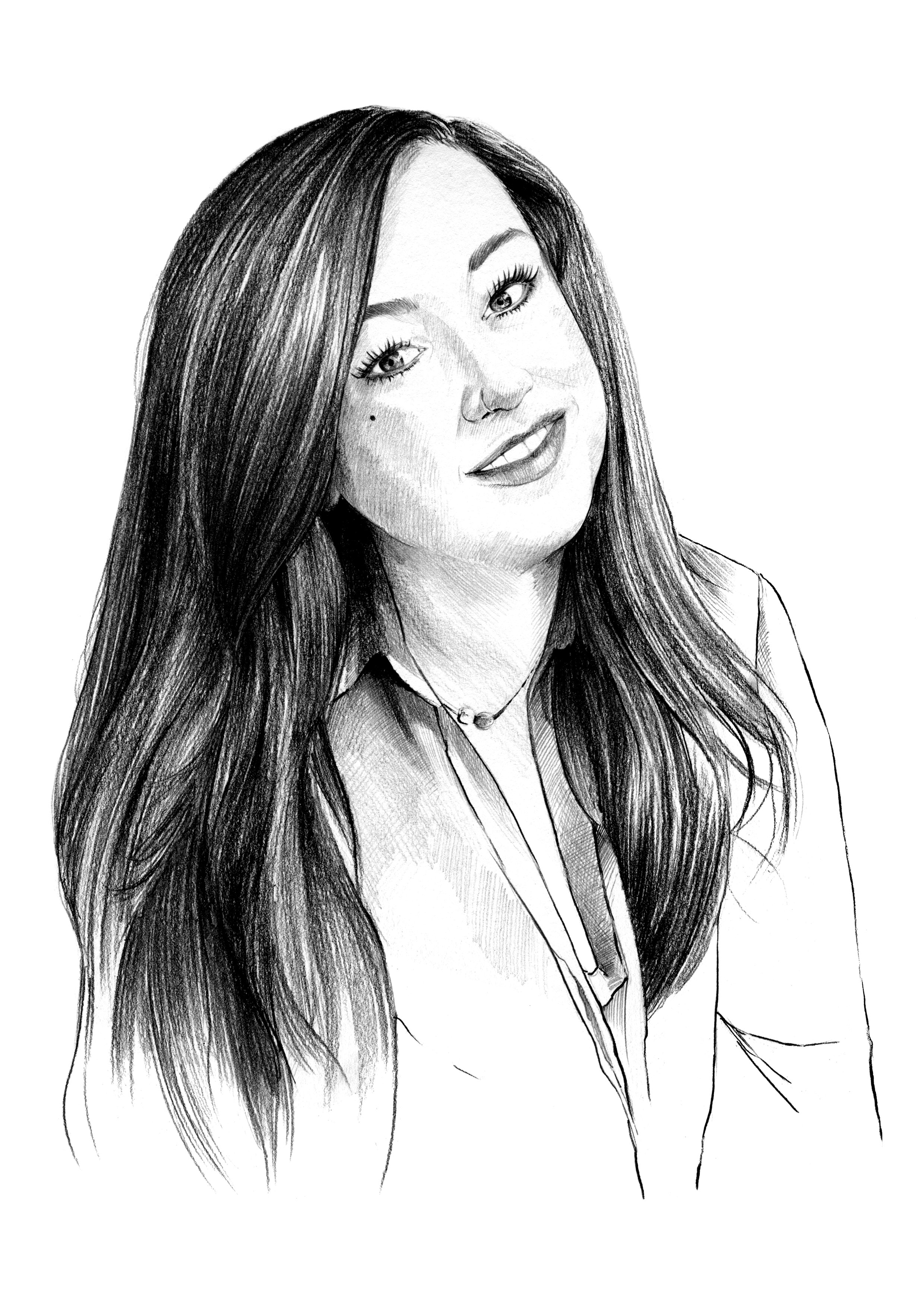 Maxine has twenty years experience in the Finance sector working in Office and Facilities management and spent the last eleven years in a back office function supporting a subsidiary owned by Rothschild Banking Group.

As a cheerful and experienced Office Manager skilled at building positive working relations with clients and colleagues alike, Maxine’s role provides full support to the sales and marketing team. 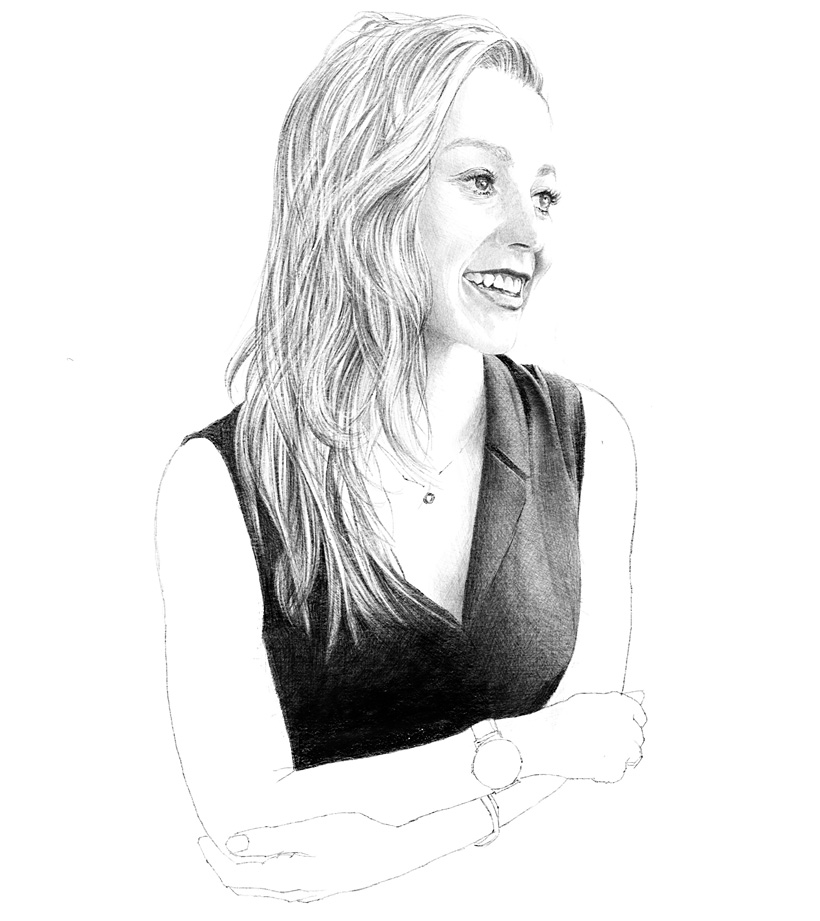 Olivia has completed a Bachelor of International Relations, with a major in French at the University of Wollongong, Australia. Olivia has previously worked at a Financial Planning company in Australia and then in a top 20 Accountancy Firm, Kingston Smith in London. Olivia’s role at Elysian is to manage the finances at the corporate level as well as manage other operational departments such as human resources. 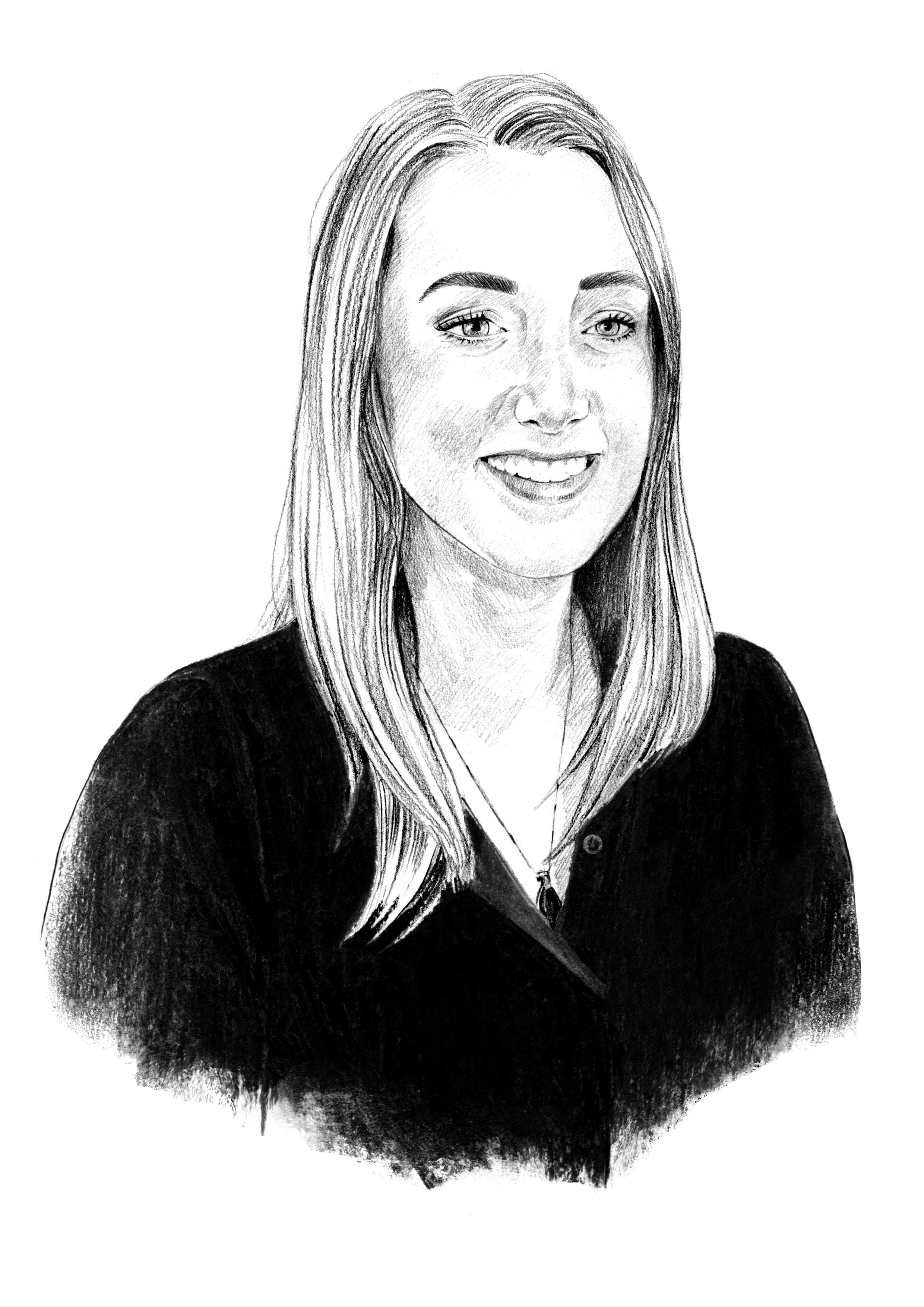 Emily joined Elysian after recently moving to London from Melbourne, Australia. She has completed a Bachelor of Science in Marine Biology and Classical Studies from Victoria University of Wellington, New Zealand. Emily’s prior experience has been in administration in the fashion industry. Emily’s role provides full support to the Elysian team in head office and day to day management of the office. 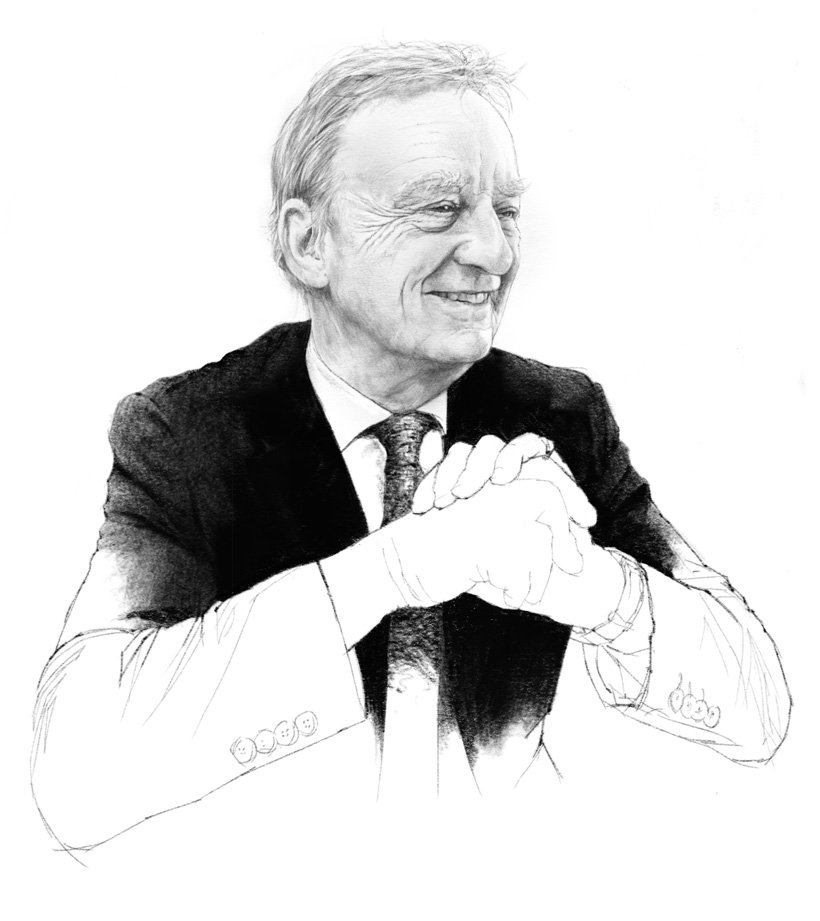 Stephen Musgrave has over 40 years’ experience in the property industry and has led a number of successful organisations. Notably he was Chief Executive of Grosvenor, UK and Ireland, between 2000 and 2006. He left to join Hines as UK Managing Director in 2006 and in 2010 set up his new business, Houghton Property Advisers. Stephen is Chairman of Elysian Residences, Chairman of the United Kingdom Historic Building Preservation Trust and advisor to Native Land, the premier London residential developer and investor. He has been a non-executive director or advisor to a number of companies and charities including Mayfair Capital, Boodle Hatfield, the Royal Academy and Action for Children. 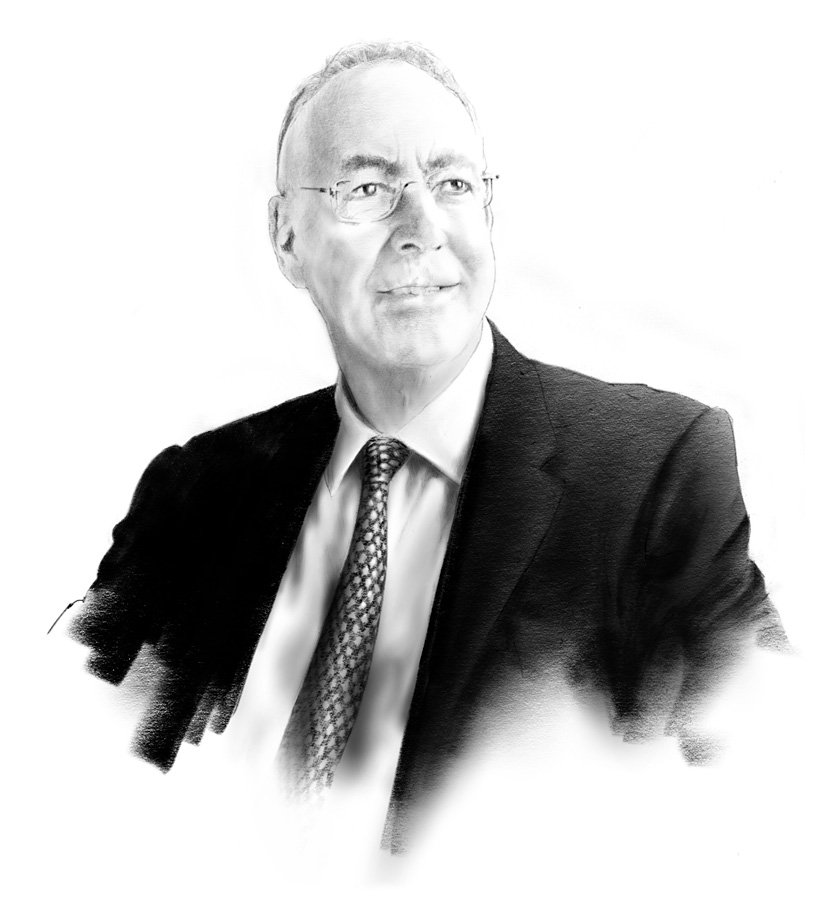 John is a Chartered Surveyor with over 45 years-experience in commercial investment markets, including five years in Hong Kong and Tokyo. He retired in 2009 from international real estate advisers Jones Lang LaSalle after 35 years, the last six as chairman of the English business. He is now involved in a range of non-executive and advisory board roles with private companies, family offices and charities. 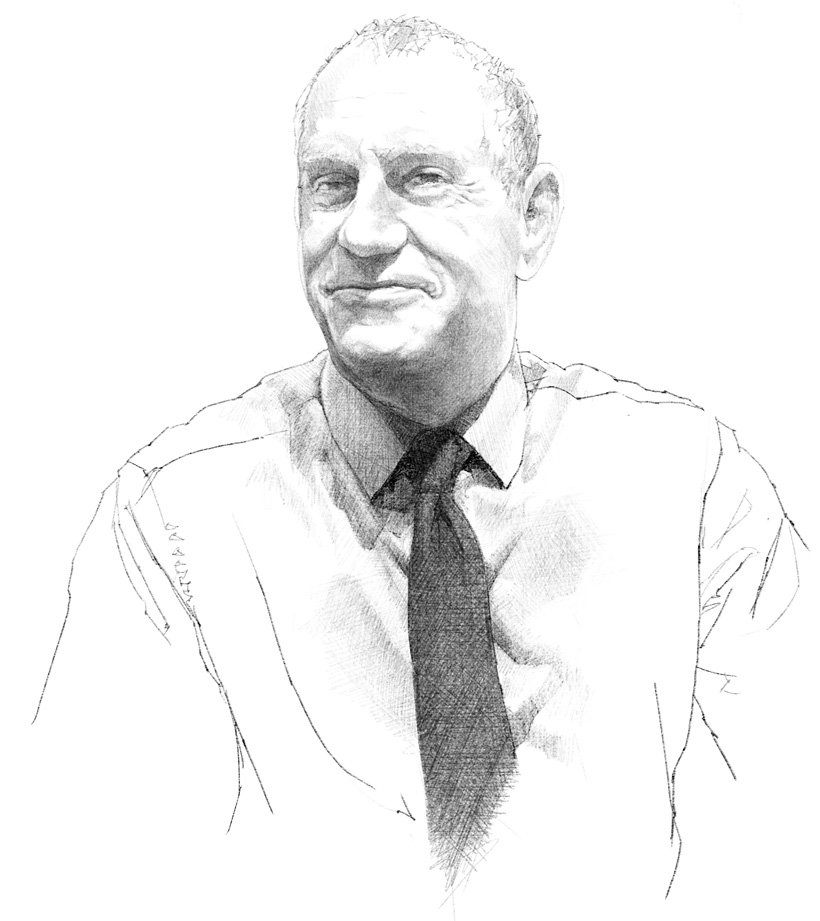 Ian has spent over 32 years as an Investment Banker in the real estate sector latterly chairing Credit Suisse’s European Real Estate Investment Banking business. He currently works as a Senior Consultant to Eastdil Secured. Ian has served as the President of the British Property Federation, Chairman of the Investment Property Forum and for 10 years chaired the Bank of England Commercial Property Forum. He has a number of Non-Executive Director roles at leading real estate organisations including The Crown Estate, Secure Income REIT, Shurgard Self Storage and Town Centre Securities and is a Fellow of the Royal Institute of Chartered Surveyors. He graduated from the University of Cambridge in 1981 with a degree in Land Economy and is on the Board of the Cambridge University Land Society. 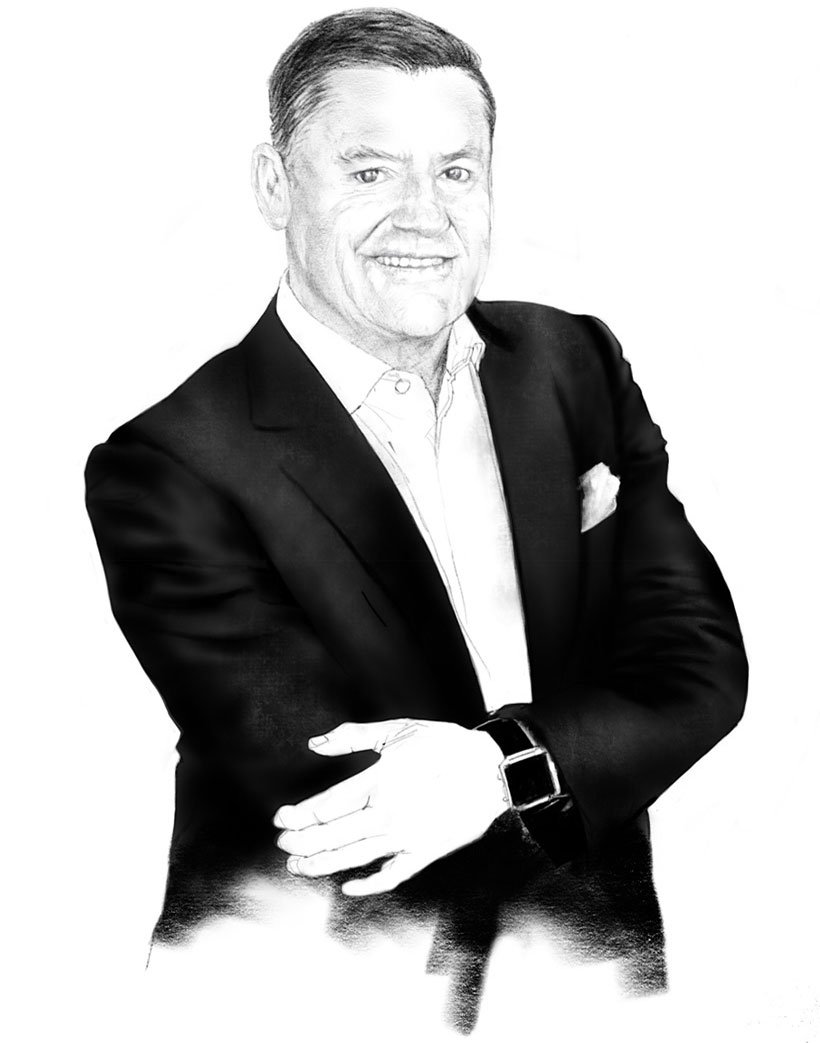 Dan has spent his career focusing on the combination of people, platform, and pipeline to change the way the later living business is done. His drive and vision to make One Eighty not only a great company to work with, but also a great company to work for. Since 1988, his business philosophy has been simple – put people first, and positively impact the lives of employees, customers, and business associates every day. Dan’s commitment to philanthropy has helped create a culture of giving, and his dedication to the industry has led to his involvement as a member of various boards. 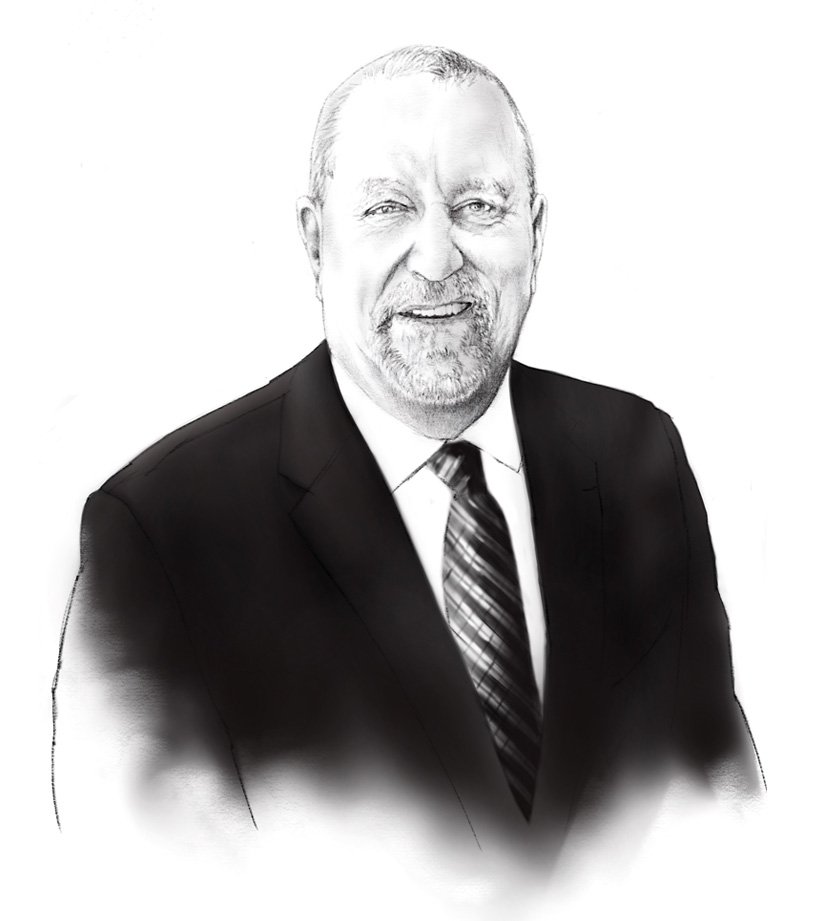 Since joining in 1989, Bob’s dedication to research and preparation has helped him develop and execute successful business plans across multiple product lines. Bob focuses on the growth of new international projects and partnerships. He leads a team which evaluates and develops global business opportunities. During his successful tenure at One Eighty, his team has established properties in Canada, India, Mexico and London with more to come. Domestically, Bob provides operational leadership for Leisure Care’s vibrant Treeo communities. When not at work, Bob enjoys varied outdoor activities with his adult children and grandchildren. He also can be found volunteering and serves on the Board of Associates for Gallaudet University where he is a member of the Hall of Fame for his outstanding football coaching record.

We hope that you like what you see, but understand that you might have lots of questions. To find out more please contact us:
Call us on
020 7015 2245
Register